We are generally familiar with Urban Growth Corridors that have been created within numerous Council areas and encouraged by the State Government. Generally the corridors encourage higher density mixed use development along busier arterial roads in close proximity to frequent public transport.

Recently I obtained an approval for a medium density mixed use development on Brighton Road in close proximity to the Hove train station. The site is located in a District Centre Zone where mixed use development up to three storeys in height is encouraged. However the Holdfast Bay Development Plan was silent about what density of residential development is appropriate. 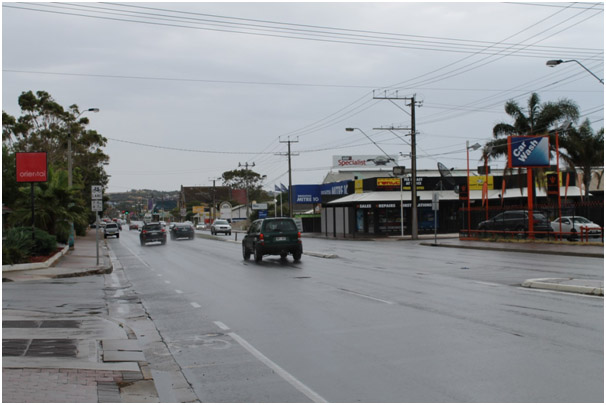 Brighton Road, Hove in front of the development site

The original proposal was for six townhouse style development of mostly three storeys with a token  commercial tenancy fronting Brighton Road at ground floor level.Although the proposed development was quite dense the townhouse proposed were on top of ground level parking for two vehicles. Each dwelling has a large balcony, mostly three bedrooms,open space areas at ground level and were of good dimensions providing alternative dwellings to standard housing stock.

The rear boundary of the subject site abutted a residential zone where a 30 degree angled setback of proposed upper levels required when measured 3.0 metres above the rear boundary. After considerable discussion it was agreed to remove a dwelling at the rear of the proposed development to comply too the 30 degree setback rule. At the same time it was decided to increase the size and viability of the commercial tenancy fronting Brighton Road.