I was commissioned to advice on what could be done with a Bluestone fronted Villa, part of a deceased estate in St Peters. An initial inspection confirmed the poor condition of the house that had been vacant for more than 5 years. Mature trees located close to the house and a leaking roof had caused substantial damage to the house with extensive cracking, collapsed ceilings and rotten flooring making the house very unattractive.

Reading the engineers report some under pinning was recommended to the worst part of damaged walling. Upon closer inspection the cracking although extensive inside the house had mostly not extended to the external walls. Damaged, cracked and sagging lath and plaster ceilings are not uncommon in old houses. In this house the ceilings had in parts collapsed so there wasn’t much to  removed.  Similarly termite damage is not uncommon in flooring in old houses in this case water damage from a leaking roof had cause rotting of the floor boards but the end result was much the same. 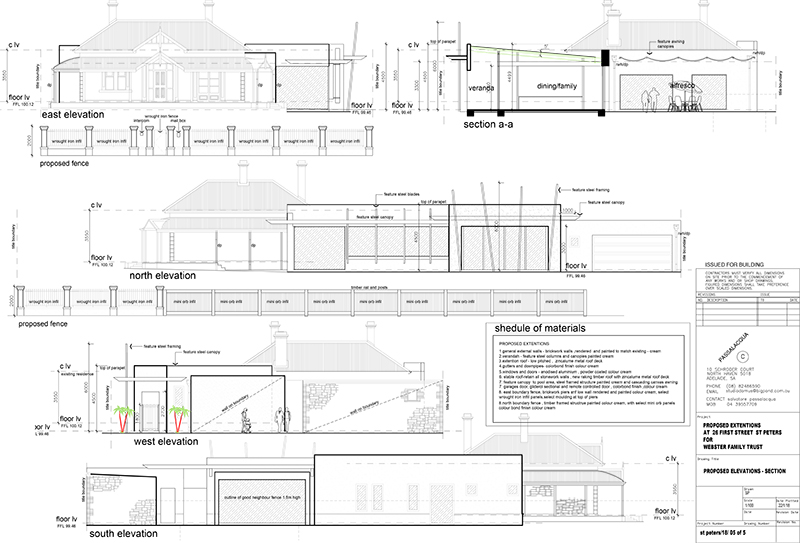 In consultation with an Architect the listed house could clearly be saved but we assessed just the front four rooms as bedrooms. The most damaged walls could be removed and en-suite bathrooms introduced to the front four generously proportioned bedrooms. Removing the mainly lean to extensions at the rear of the house permitted the addition of a large modern rear extension. The extension would incorporate new kitchen, dining and living areas.

Drop a swimming pool into the back garden, restore an old stables as a pool room and entertaining area. This would create an excellent family home with plenty of garaging for the families cars accessed off the rear laneway. On the other side of the laneway is an attractive park.

My hope is someone with vision will buy the house and see what sort of extension could be constructed by referring to the plans we have prepared.